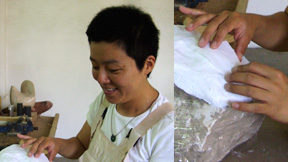 After settling in Barcelona in 1994, she studied sculpture in EASD Llotja until 1999. Her early creations were sculptures in marble, but later worked with various materials such as wood, clay, wool, paper, etc.

She finished the last three sections of the Nativity facade of the Sagrada Familia in Barcelona. Her restoration works include the ornamental fountain in Parc de la Ciutadella and the Casa de les Punxes, also in Barcelona, as well as the facade of the Seu in Manresa. Thanks to her mastery of wood and stone sculpting, she has received and accepted work orders for prestigious artists.

She has received several awards in various competitions and selected as the 1st prize of the First International Sculpture Symposium of Uncastillo in Zaragoza (2005) and 3rd prize of the XVI International Sculpture Symposium of O’Grove in Galicia (2005). She has exhibited her work in Spain, Portugal, France, and Japan and exhibits her work regularly in the Galeria Hartmann of Barcelona and the Gallery Simon of Yokohama. 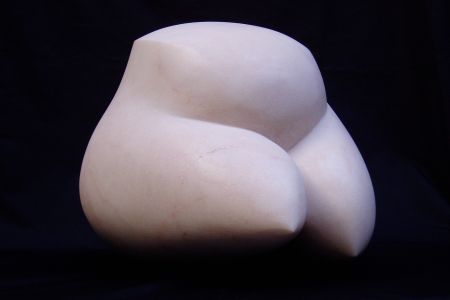 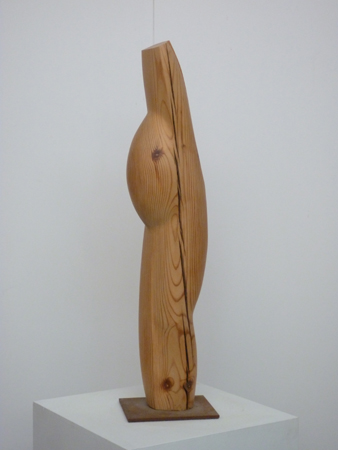 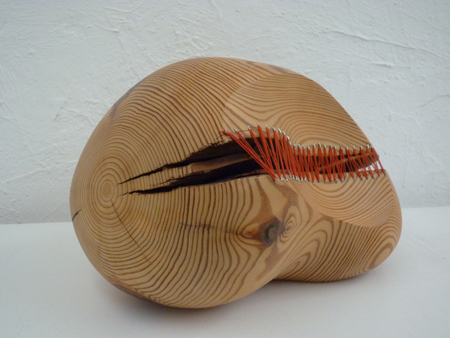 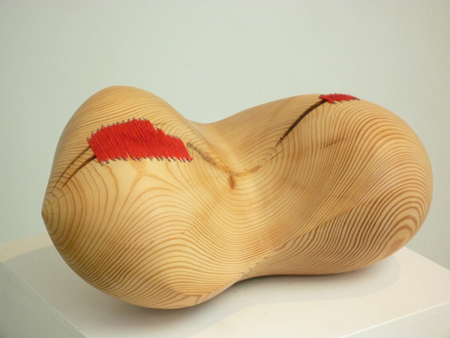 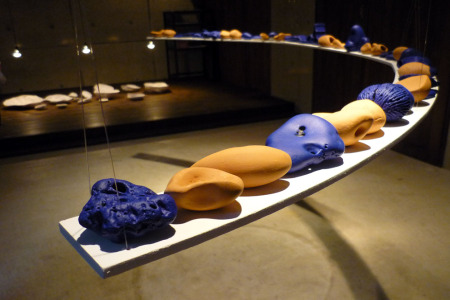 Something be given from the ocean (2009) 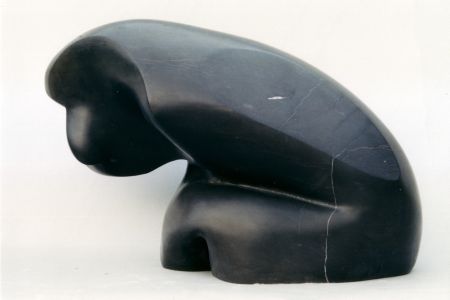 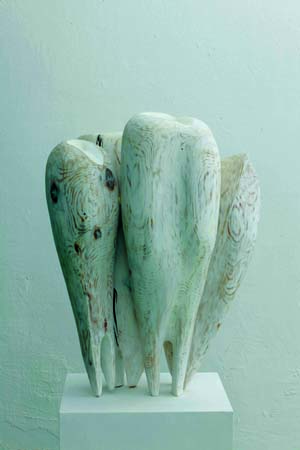 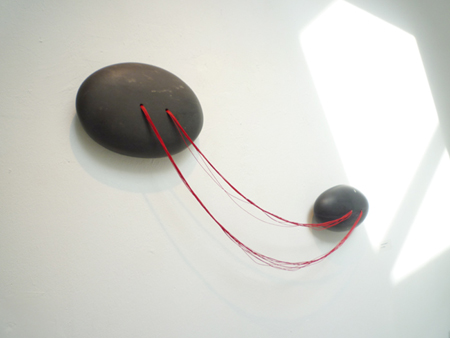 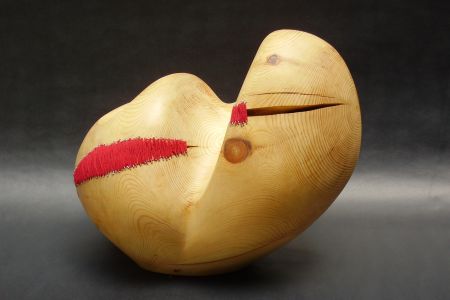