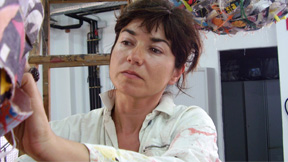 She has a Degree in Fine Arts from the Aix Marseille University, graduating with honours. Studies in the silk-screen process and with a diploma in scenography design by the Theatre Institute of Barcelona (UAB). She is a professor of Fine Arts in the French Academy of Barcelona.

“What a bird is able to lift may very well end up in its nest. The Raval and Extrarradio facilities are composed of hundreds of tiny pieces and of mixed media (glued acrylic and silk-screen stickers). They recreate the shapes of a nest, its networks, and mixed with the drawing of a neighbourhood map, of the Raval area in Barcelona or of the centre of its neighbouring city, Badalona.

This work is based on the reflection of the steps that each person takes through the city and sketch an enormous “nest” every single day. In this way we leave behind imaginary lines, similar to the twigs that make up the skeins of a nest and that build our personal and intimate vision of the city. When building its nest, birds also carry out a series of specific and repetitive movements. They choose a place and deliver the material, arranging it slowly with precise movements that they repeat over and over again. They give shape to their construction project starting from the centre and rotating in perfect circles, pushing everything hindering its progress out of its way.

Above all, a nest is a volume object. That is why I decided to return to the third-dimension, with nests interwoven with papers, electrical wires or strips of plastic, as the “birds of the city” do.” (Hèléne Laffond) 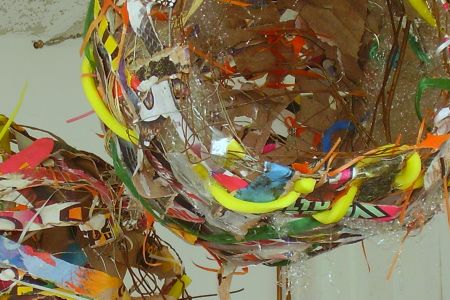 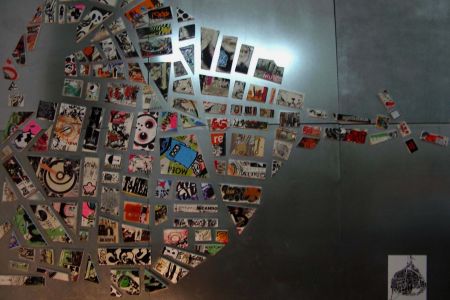 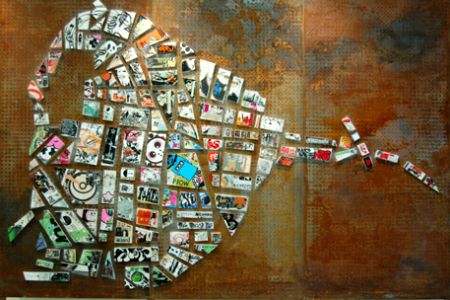