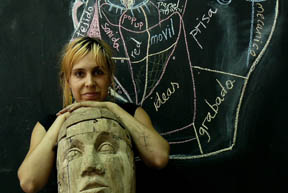 Intern of tallerBDN between May and October 2012. Resident from November 2012 to March 2017

She studied the Advanced Training Programme in Applied Arts in Sculpture at the School of Arts and Crafts in Zaragoza (2007). In 2012 she successfully completed her degree in Fine Art at the Sant Jordi Faculty of Fine Art in Barcelona University. In 2007 she won first prize for her project to redevelop the mouth of the Gallego River in the Competition organised by the City Council of Zaragoza. She has taken part in collective exhibitions such as Les noves edats del bronze (The new bronze age) at the Art Centre of Bellvitge, Hospitalet de Llobregat (2010); Diagnòstic Psiquiàtric. DSM-IV-TR (Psychiatric Diagnosis. DSM-IV-TR), Barcelona (2010). She also participated in the Experimental Kilns Workshop organised by Wali Hawes at the CACIS (The Centre of Art and Sustainability, Forn de la Calç of Calders) and in the Conferences on “Women, Ecology and Art” at the Fine Art Faculty of Barcelona University.

LA BOÎTE. La Boîte (The Box) is a materially constructive type of creative project. It consists in an assemblage made up of a varied series of heads carved out of recycled wood that are joined together to produce different chromatic and textural qualities. There is a world full of hidden stories inside the heads (Boîtes), produced by using other materials that converse with each piece and require an active audience that interacts with them to then discover these tiny representations of reality. 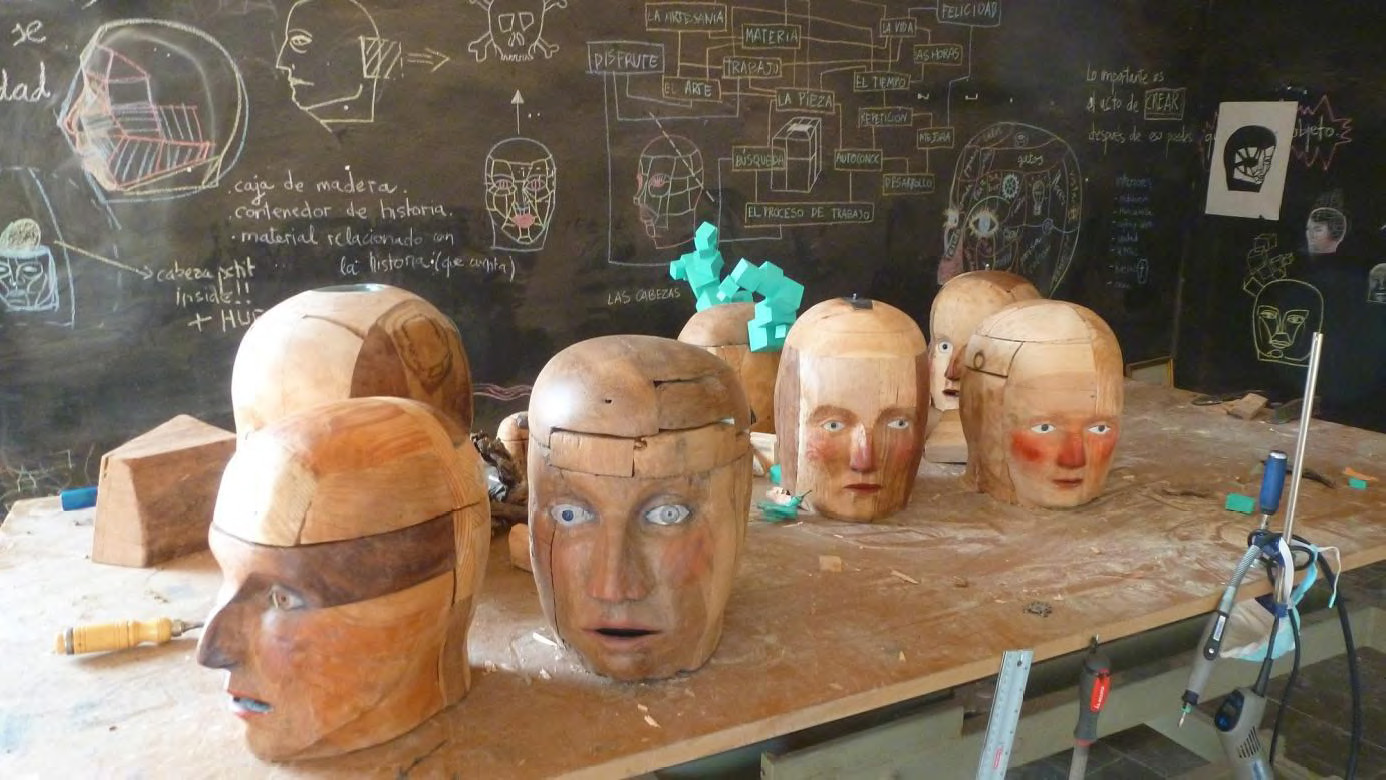 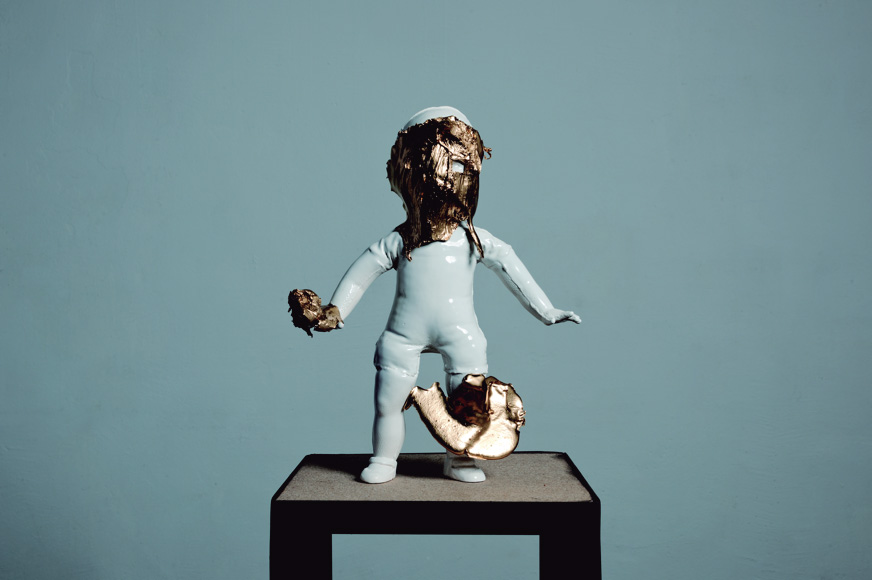 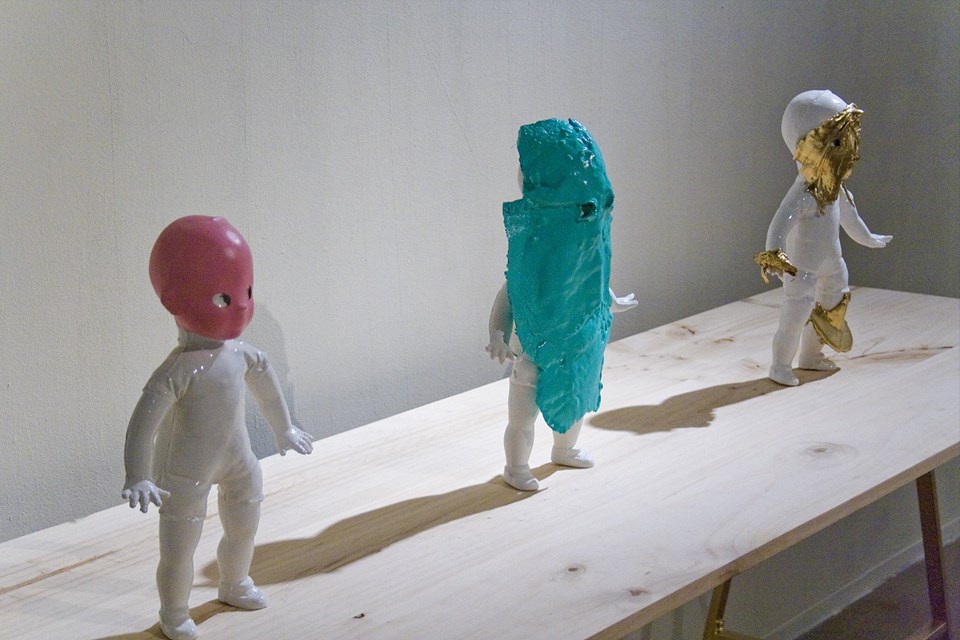 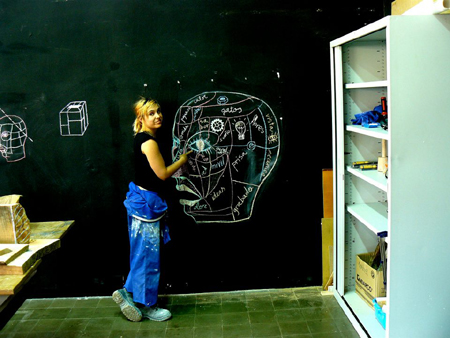 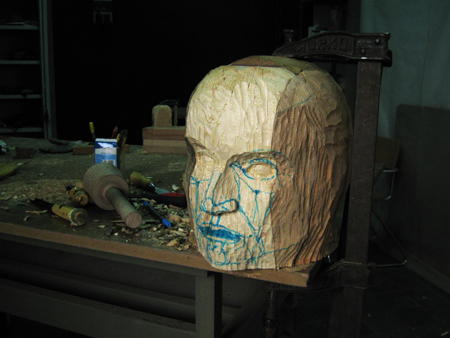 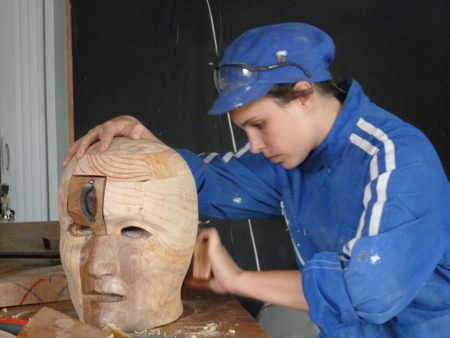 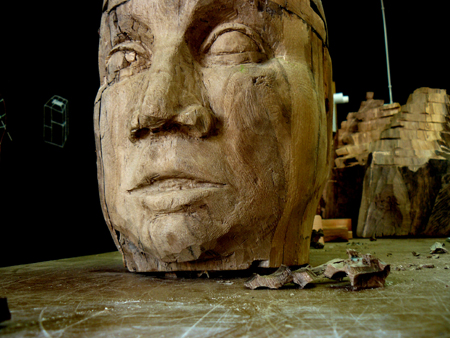 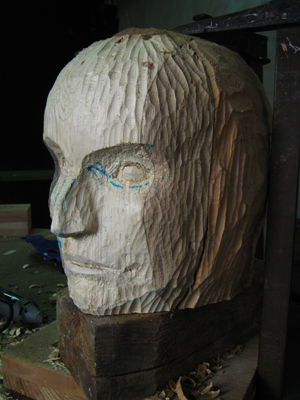 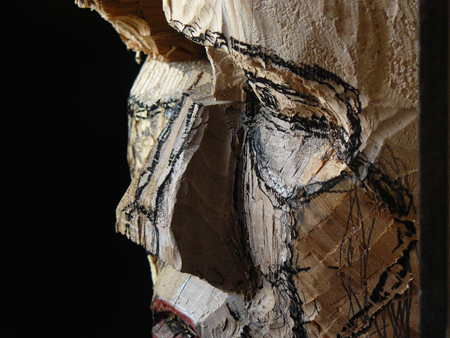 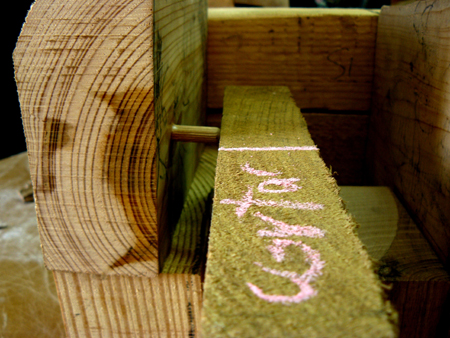 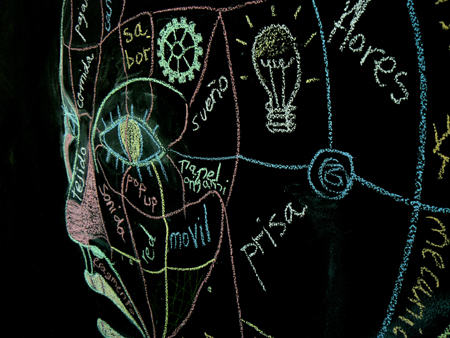 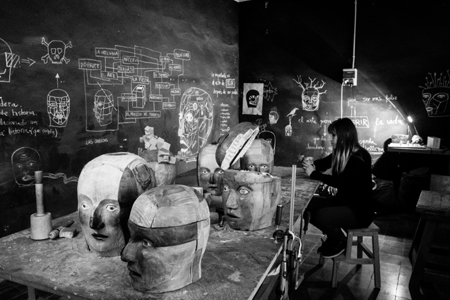 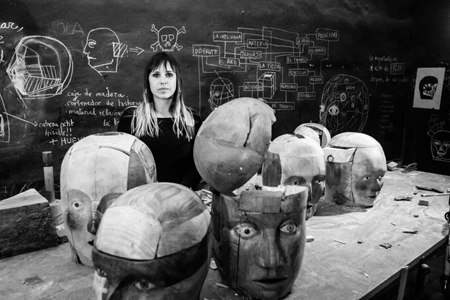