Resident at the tallerBDN from January to June 2012; and from July to September 2014

She starts her artistic studies at the Art and Design Centre, Escola Massana in Barcelona in 2007; here in 2009 she begins the Advanced Vocational Training Module in Applied Arts in Sculpture. That year, she also takes part in the Collective exhibition Orígenes (Origins) at the Sala Busquets in Barcelona. Then, in 2010 she does her work experience as a sculptor at the Antoni Tàpies Foundation with the artist Ana Maria Maiolino, where she helps to create one of the pieces of the exhibition. In the same year, she is awarded a Grant to work as an assistant in the Iron Workshop at the aforementioned Art and Design Centre, Escola Massana. In November 2011 she takes part in the Collective Exhibition Rizoma (Rhizome) at the Sala La Zona in Barcelona.

Before she actually started her project, she realised that there was an ever-present theme in her work: the idea of cause / home / origin. This is how she develops her interest in depicting the original abode of human beings, somewhere where they feel safe, grow and in turn, often unconsciously, take refuge and hide.

Cassis. The project arose from the concern that is produced by the mankind’s lack of communication which results in the isolation and solitary confinement of the individual. In particular, it focuses on the comfort and safety that is felt in this state. Her work is intended to convey man’s deepest feelings, a constant struggle to be alone and contemplate the need for social interaction. 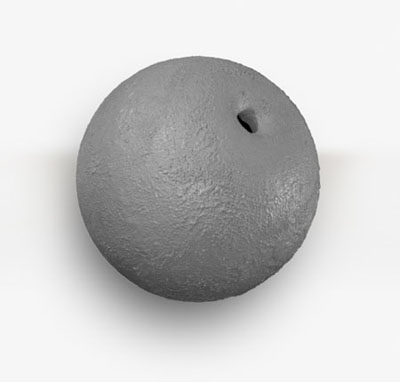 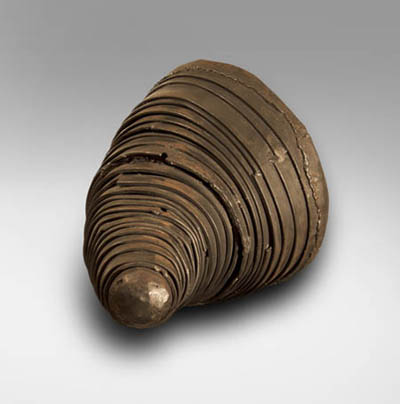